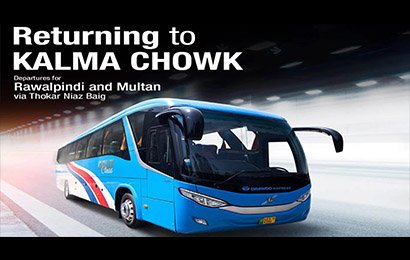 Daewoo Express is the first and the biggest foreign investment Company with an advanced and organized transport system in Pakistan. It is the only transport company to have a nationwide network with various international trade links. Being a transport service provider the company owns a large fleet of buses, Technically Advanced Workshops to maintain the fleet for the safety of the passengers, State of the Art Terminals, Training Institutes for Drivers and Mechanical Staff.

Related Articles: Daewoo is Back

Daewoo Express; A bus service which was inaugurated by Koreans and was known of a luxury and elite class bus services started its operations again from its base location Kalma Chowk Lahore.

According to resources Daewoo Express is planing to shift more routes to Kalma Chowk Terminal.